Ireland is facing an emergency power supply crunch. The phasing out of fossil fuel-fired power stations, the deteriorating state of older plants, and unplanned technical issues restricting interconnector capacity have Ireland’s Commission for Regulation of Utilities (CRU) worried about security of power supply over the coming three years. To top things off, natural gas prices remain so high that gas-fired power plants are generating as little as possible to avoid losses.

This capacity crunch is exacerbated by the enormous growth in power demand from huge data centres, so much so that Irish transmission system operator (TSO) EirGrid has put network connection talks with nearly 30 new data centres on hold. Over the past years, new data centres have added 600 GWh of electricity demand annually, equivalent to the yearly power needs of 140,000 households, according to the CRU. That is a huge additional strain on the electricity network.

In response to the tight capacity margins, the Irish government last month approved €350 million in funding for EirGrid to source 450 MW of temporary power capacity for the winters of 2023/24. The TSO itself thinks the supply gap could be as large as 700 MW. The regulator has issued capacity crunch warnings out to winter 2025/26, painting a grim picture about how severe the situation remains going forward.

Other European countries, such as Germany, the United Kingdom, or the Netherlands, are facing similar power capacity shortages, often created by the phasing out or unavailability of fossil fuel powered capacity. The UK government, for example, is now in talks to extend the lifetime of some of the country’s coal plants that were slated for shutdown this year under plans to phase out coal power generation by 2024 in a bid to reduce carbon emissions. In the Netherlands, the government recently lifted a 35% production cap on coal-fired power plants because it wants to rein in gas use as it prepares for further supply restrictions from Russia. Generation from coal plants had been capped since the start of the year as part of the Netherlands’ ambition to cut carbon emissions by at least 55 percent below 1990 levels by 2030. Most short-term solutions to capacity constraints put forward run directly counter to Europe’s emission reduction targets. 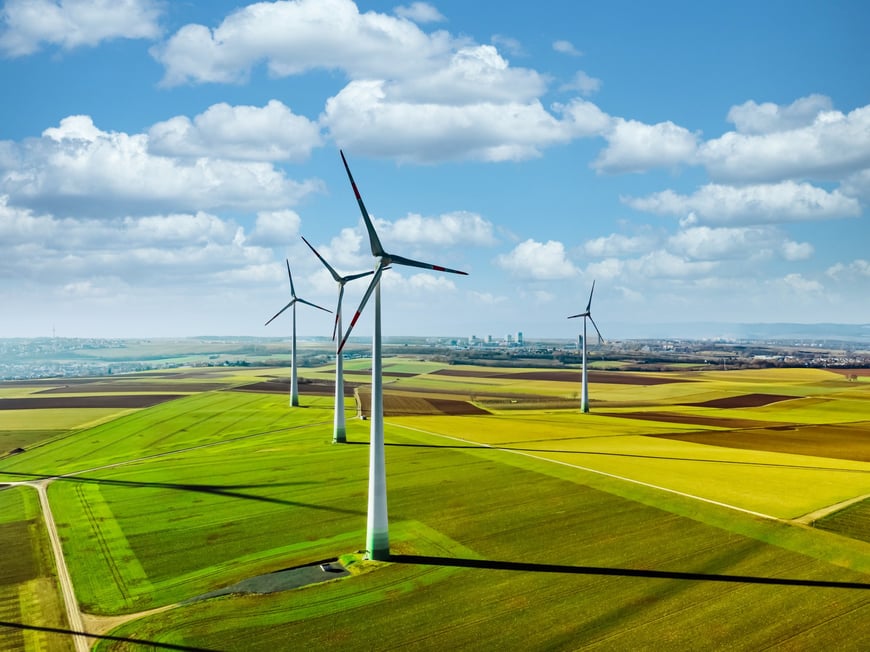 As one of the world leaders in terms of wind power penetration, Ireland is in a unique position to address its power capacity crunch in a more environmentally friendly manner. The answer lies within the energy storage market. Ireland already has around 500 MW in grid-scale energy storage capacity in operation and storage projects totalling another 1 GW have obtained planning permission. This groundwork gives Ireland a real opportunity to further expand storage solutions for efficient management of its renewable energy output, whilst in parallel addressing its capacity needs.

By 2030, Ireland wants to generate as much as 80 percent of its electricity from renewable energy sources, with the largest chunk of it non-synchronous wind and solar power. The island’s renewable energy expansion is going so well that on some days the country is already covering close to 100 percent of its electricity demand with renewable power output. The catch is that, as an island with little interconnection to other markets, the influx of these fluctuating sources of electricity poses a challenge to manage EirGrid’s network frequency. The result is curtailment – turning down or turning off zero marginal cost electricity from the wind and sun and instead paying to run fossil fuel plants to provide balance and stability to the grid.

In this context, energy storage technology plays a pivotal role in enabling higher renewable penetration through providing low-carbon flexibility. No other technology can respond as quickly (within 150ms compared to minutes for diesel generators and open cycle gas turbines) and efficiently (nearly 90% RTE[1] for longer duration battery-based energy storage systems compared to 60-70 percent for pumped hydroelectric) to output fluctuations as battery energy storage.

At Fluence, we’re already demonstrating in Ireland how grid-scale energy storage systems can successfully displace fossil fuel-fired plants and offer flexible capacity to balance the electricity network at times of stress. A portfolio of more than 300 MWh in energy storage capacity currently being developed with our partner ESB is the largest in Europe. Offering up to 2 hours of duration discharging at full power, the system replaces services traditionally delivered by fossil fuel plants. Our 38 MWh Aghada project in County Cork, for example, is installed alongside one of ESB’s largest gas-fired power plants. The state-of-the-art Aghada energy storage system will allow ESB to offer the power network around Cork a much more flexible and cleaner approach to electricity generation management.

Battery-based energy storage allows the storage of excess wind and solar electricity at times of oversupply until it can be redistributed when needed. The technology helps harvest the maximum amount of clean but intermittent renewable electricity for Irish households, industry, and data centres. Specifically, a recent report by consultancy Baringa for industry association Energy Storage Ireland said storage in combination with renewables reduces oversupply by up to 60 percent and replaces costly and wasteful curtailment almost entirely. Having dispatchable technology at hand at times of peak demand or limited renewable energy output significantly increases a power market’s security of supply.

Therefore, I think it’s important to include energy storage in EirGrid’s emergency capacity procurement and I am calling on the System Operator to do so in its upcoming temporary emergency generation tender. At Fluence, we are convinced that Ireland’s ambitious renewable energy targets can only be achieved in combination with a well-functioning energy storage market.

Next to security of supply, energy storage systems also offer significant carbon emissions savings compared with fossil fuel-powered options – as well as the ability to be deployed significantly faster than traditional generation. Analysts at Baringa concluded that by participating in the day-ahead energy market, energy storage can reduce carbon emissions by 50 percent when using long-duration storage technologies.

This means that because batteries can absorb excess wind and solar power production where it would typically be constrained or curtailed, storage can also release this green electricity again over longer periods when renewable power output is weak. This results in a significant reduction in carbon emission because the released green energy then displaces fossil fuel-fired power plants that would typically fill the gaps.

Ireland needs to grasp this opportunity to further develop its energy storage market to integrate and manage its rapidly expanding renewable energy output in the most efficient way. The energy storage industry has demonstrated that grid-scale battery technology works seamlessly as part of and as an enabler of a renewable energy system, and I firmly believe that without it, Ireland will not hit its targets on the way to net zero by 2050. EirGrid has a rare chance to invest government resources into the cleanest and most flexible manner of supporting the country’s renewable energy roll-out.

The post includes certain “forward-looking statements” within the meaning of Section 27A of the Securities Act and Section 21E of the Securities Exchange Act of 1934, as amended which are subject to the “safe harbor” protections thereunder. All statements, other than statements of present or historical fact included in this post are forward-looking statements, including, without limitation, those regarding projects currently underway by Fluence in Ireland and their impact on the clean energy transition and benefits to the surrounding power networks. The forward-looking statements contained in this post are based on our current expectations and beliefs concerning future developments, as well as a number of assumptions concerning future events, and their potential effects on our business. These forward-looking statements are not guarantees of performance. These forward-looking statements involve significant risks and uncertainties that could cause the actual results to differ materially from the expected results. Most of these factors are outside Fluence’s control and are difficult to predict. Factors that may cause such differences in expected results include but are not limited to the following: the operational performance of Fluence projects, unanticipated operation of power networks and the shift in Ireland toward battery storage solutions. Additional information about factors that could materially affect Fluence is set forth under the “Risk Factors” section in its Annual Report on Form 10-K and Quarterly Reports on Form 10-Q filed with the Securities and Exchange Commission (the “SEC”), other risks and uncertainties discussed in any subsequent reports that Fluence files with the SEC from time to time and available at www.sec.gov. Except as otherwise required by applicable law, Fluence disclaims any duty to update any forward-looking statements contained in this post, all of which are expressly qualified by the statements in this section, to reflect events or circumstances after the date of this post. Should underlying assumptions prove incorrect, actual results and projections could differentiate materially from those expressed in any forward-looking statements.

As president of EMEA, Paul is responsible for go-to-market implementation and honing customer-centric solutions for customers in the region.