Utility planners in California, Hawaii and New York are leading the way for energy storage to play a key role in meeting greenhouse gas emission reduction targets and renewable integration goals. At the same time, concerns over air emissions, cooling water use, and nuclear safety are accelerating the retirement of an aging U.S. power generation fleet.

With over 80,000 MW of power plants expected to retire in the next decade, states and utilities are facing critical planning decisions that will impact customers and the environment for decades. Will they join California, Hawaii and New York on a sustainable path?

The coming wave of generation retirements represents a tremendous opportunity to modernize the U.S. power supply. Meeting our future capacity needs sustainably means choosing energy storage. The path of building more and more underutilized and inefficient peaking plants may appear “cheap” initially, but it is riddled with hidden environmental and economic costs.

Consumers in areas with a lot of wind or solar already are being denied the environmental benefits of choosing renewables because wind and solar output is curtailed to allow conventional generation plants to stay on in an idle mode. Let’s not expose customers to the long-term costs of choosing to build more low-use generating plants to replace the aging fleet.

State policy and environmental concerns have succeeded in encouraging over 50,000 MW of wind and solar to be constructed in the U.S. At least 30,000 MW more are expected to be built in the next decade. But the clean energy movement will be limited unless we complement it with clean capacity – from energy storage and demand response.

Regions that have been most successful in attracting clean energy are now looking for sources of flexible capacity. If that need is met with peaking plants, they will unnecessarily limit the amount of renewable energy the grid can absorb. By choosing storage instead, utilities and their customers have the freedom to meet even more of their energy needs with clean, renewable energy.

We don’t need to look a decade in the future to see significant environmental benefits from energy storage. We can look today at PJM, the largest grid operator in the U.S., where energy storage has grown significantly to serve critical reliability needs. In a year of service, advanced battery storage displaced almost 50% of regulation services away from coal fired generation. “As the largest grid operator in North America, PJM considers energy storage vital to the reliable operation of the electric system of the future,” according to PJM President and CEO Terry Boston. Energy storage provided to PJM by AES is estimated to reduce air emissions by 62,000 tons of CO2 annually – equivalent to removing 11,000 cars from our highways. 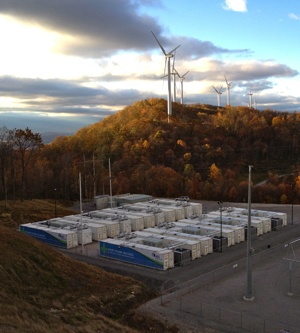 Praveen Kathpal leads the market applications team at Fluence and is focused on accelerating the growth of the global energy storage opportunity to new markets, new applications, and new customers.

There is No Time to Waste: Pass the ITC for Stand-alone Energy Storage Now