As the switch from a fossil-fuel based energy system to one built around renewables progresses in many countries, breaking news reports about victories in the energy transition have become the norm. For example, the UK grid ran without coal plant power generation for 67 days in 2020, and Ireland temporarily covered 85 percent of its demand by wind in February 2022.

A new chapter in this book was written in early June 2022, when wind, sun, and other renewables fed more electricity into the German grid than was used by the country’s energy consumers. What could have been a clean energy success story on a sunny day in Germany instead highlighted an often-overlooked problem in the energy transition: The lack of flexibility in the energy system resulted in curtailment of renewables and costly results. So, what happened?

What can a sunny day in June can teach us about the future of the energy transition?

For many people in Germany, June 6, 2022, was a lovely and sunny Whit Monday, a public holiday in the country. Temperatures reached the mid-20°C in the sunny north, while storms visited parts of the south. While the sun was shining and the wind was blowing, electricity consumption reached a low Monday noon peak of 47.8 GW. At the same time, PV was producing 25.7 GW, wind (on- and off-shore) produced another 20.3 GW, and other renewables like run-water or biomass contributed 6 GW of power. Combined, the various sources resulted in roughly 51.9 GW of renewable generation on the grid. 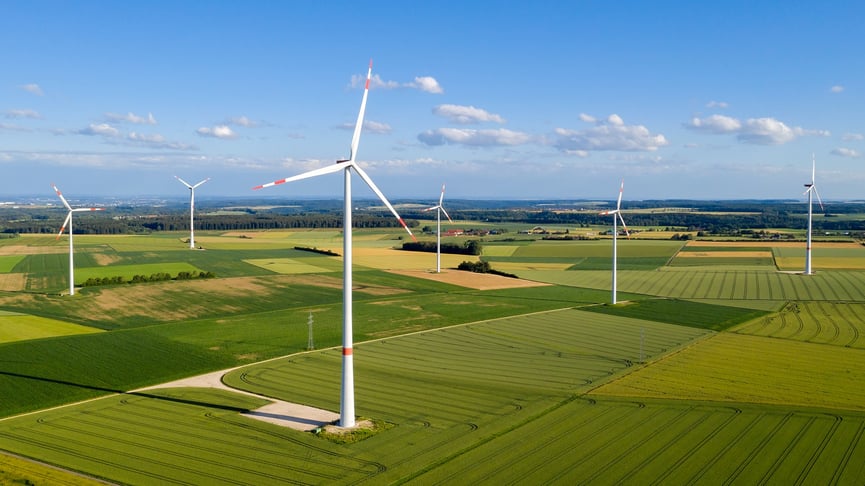 Although renewables were able to supply the entire load in Germany’s electricity system, conventional power plants continued to run. Lignite plants put 6.2 GW into the grid and coal plants added another 1.8 GW. Nuclear provided 2.2 GW and, despite its scarcity and high cost, gas plants produced around 2.5 GW. Other conventional plants added another 0.8 GW to the mix.

Without enough demand to utilize the excess generation, Germany exported around 10.8 GW of power, and not for the money either. Between 11 am and 4 pm wholesale market prices lay between -1 and 1€/MWh. Germany at least stayed away from prolonged negative pricing, such as neighbouring Belgium, which saw negative energy prices as low as -90€/MWh on the Day-Ahead market during the same time. Just three hours later, at 7 pm the price for electricity in Germany reached 200€/MWh.

Pumped hydroelectric plants absorbed 6.8 GW of excess capacity around noon, and shifted renewable energy from being used during the peak production time to supplying much-needed electricity during the high price periods in the evening, earning around 200€ per MWh. 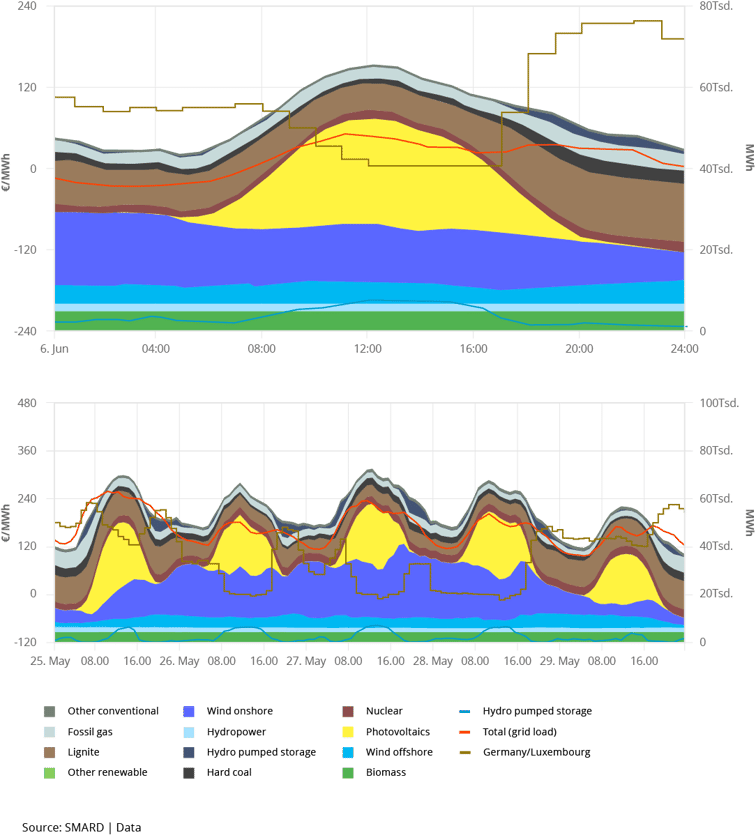 The contributing factors in this energy transition case study are multifold. Nuclear plants were running as baseload. Their marginal cost was low, and their flexibility was limited, having sold their power well in advance in day-ahead markets.

Many gas plants, and some of the coal plants were probably run in CHP mode, providing district heating, not having an electricity-driven heat source or enough thermal storage as back-up. Lignite and coal plants reduced their output but were limited in their flexibility and accepted low prices rather than the higher impact of shutting down and ramping up production.

What does this case study teach us about the future?

This case study provides a glimpse into the future of what will happen in a renewables-based energy system that lacks flexibility and the ability to integrate high penetration of renewable generation. Germany’s renewable energy share in the electricity system was 42.6 percent in 2021 and must increase to 80 percent by 2030 (see graph on Germany’s renewable electricity target). In just a few years, every day will look like that sunny Monday in June 2022, only with higher renewable penetration.

Today, Germany can partially conceal the lack of flexibility in its energy system through imports and exports when needed via integration in the continental European grid. If Germany was an electrical island, it would have curtailed 16 GW of renewable power and reached the ceiling at a just below 70 percent instantaneous renewable share. But, even in an integrated European electricity system, this situation will become less acceptable for Germany and Europe. Change is needed now to avoid a future where consumers must pay higher costs to consume electricity or where massive amounts of renewable energy are curtailed.

Expansion of Wind and PV Solar 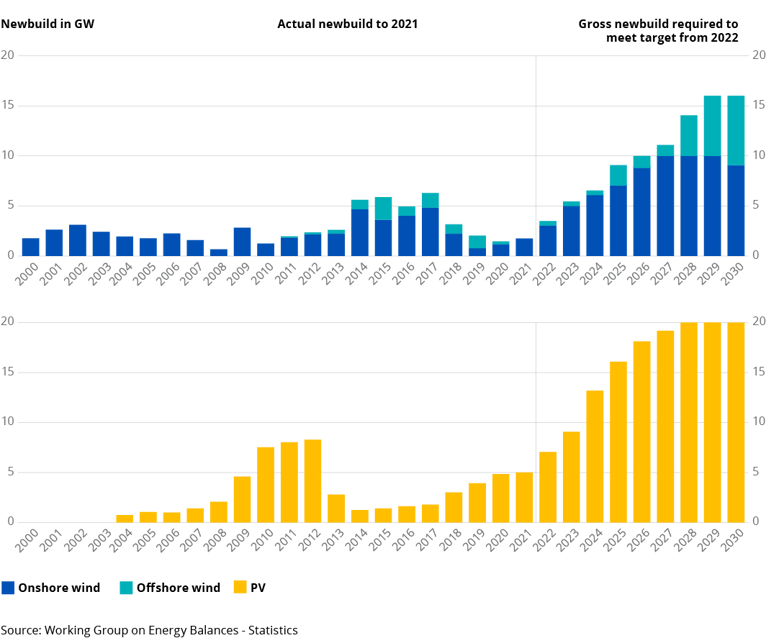 How can energy storage fix this problem?

Technically, achieving 100 percent renewable energy generation could be achieved now. The necessary technology is available and proven, it just needs to be adopted. The following are examples of how battery-based energy storage can be incorporated to solve challenges that are currently plaguing the energy transition.

The energy transition is accelerating at a very fast pace in many parts of the world. The European Commission recently published the REPowerEU Plan which includes a package of new policies aimed at driving the construction of renewable generation projects. The Commission proposed to increase the target for energy generated from renewable sources to 45 percent by 2030, up from 40 percent as previously planned, and called for the installation of over 320 GW of solar photovoltaic generation by 2025, over twice today’s level, and almost 600 GW by 2030.

Building renewables is not enough. The power system must be adjusted to enable renewable power integration, and energy storage is critical in enabling this transition.