Solar + Storage Is the Next Big Thing in the Energy Sector

Solar is the lowest-cost source of electricity and battery-based energy storage is the least expensive flexible peaking capacity resource across much of the world today. Embracing a 100% clean energy future is not only imperative, but also the most economic path forward.

For example, in the U.S., it has been shown that 90% clean energy can be achieved by 2035 without raising costs or building any new thermal facilities. A combination of renewables, energy storage, controllable demand, and other clean energy sources can work together to displace high marginal cost sources of energy. While the path to that future is not prescribed, it is clear that solar and battery energy storage will play a key role on the global transformation of the energy system. 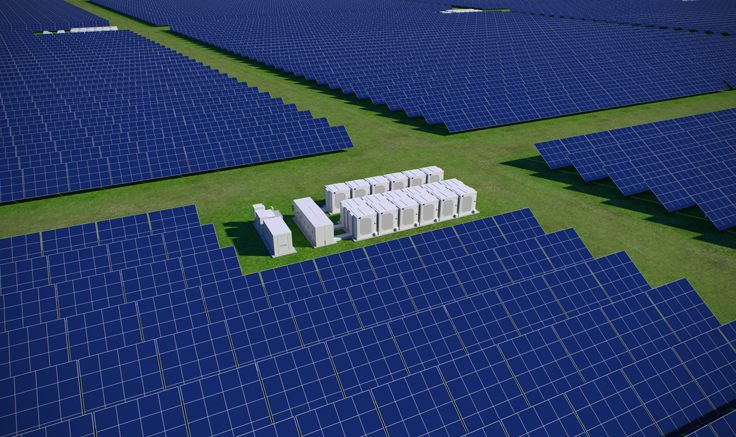 Driven by superior economics and the demand to decarbonize the electricity grid, “mega” Solar + Storage procurements and projects are being announced regularly around the world, from a 1 GW procurement announcement in New Mexico to a 253 MW solar, 112 MW/5-hour storage system in Chile. In the U.S. alone, the current 793 MW of Solar + Storage solar capacity is expected to grow to 12 GW by 2023 based solely on announced projects – nearly 100% growth annually.[1] Meanwhile, in Australia the majority of the projected 4.2 GWh of front-of-the-meter storage deployments by 2025 are expected to be co-located with solar.[2]

At Fluence, we have identified a global Solar + Storage pipeline of 20 GW (storage capacity) over the next three years. Here’s why…

A Tale of Two Trends: Falling Storage Costs and Growth of Solar Deployments

The remarkable growth of Solar + Storage deployments is the result of two colliding trends: the falling cost of energy storage and the rapid deployment of solar.

Battery-based large-scale energy storage costs have been falling faster than predicted over the last decade, with battery cell prices declining around 90% since 2010 to reach a benchmark price of approximate $100/kWh by 2023. As illustrated in figure below, as the price declines, energy storage becomes economically viable for new geographies and use cases. With prices expected to continue falling over 6% per year, storage will continue to penetrate new markets and new applications. These falling costs are largely attributable to surging demand from the electric vehicle industry, which is driving economies of scale in battery production, attracting significant investment, and accelerating battery innovation.

Meanwhile, renewable energy deployment continues apace with solar leading the way. Over the next five years, solar is expected to add 125 GW of capacity per year, propelling renewables to be the largest source of electricity generation by 2025.

Today, that “duck” curve is coming to a market near you. As solar penetration increases in markets around the world, the value of additional storage capacity continues to climb. No matter where you are, storage is essential to capturing the value from new solar developments.

Duck-like Curves from Around the World 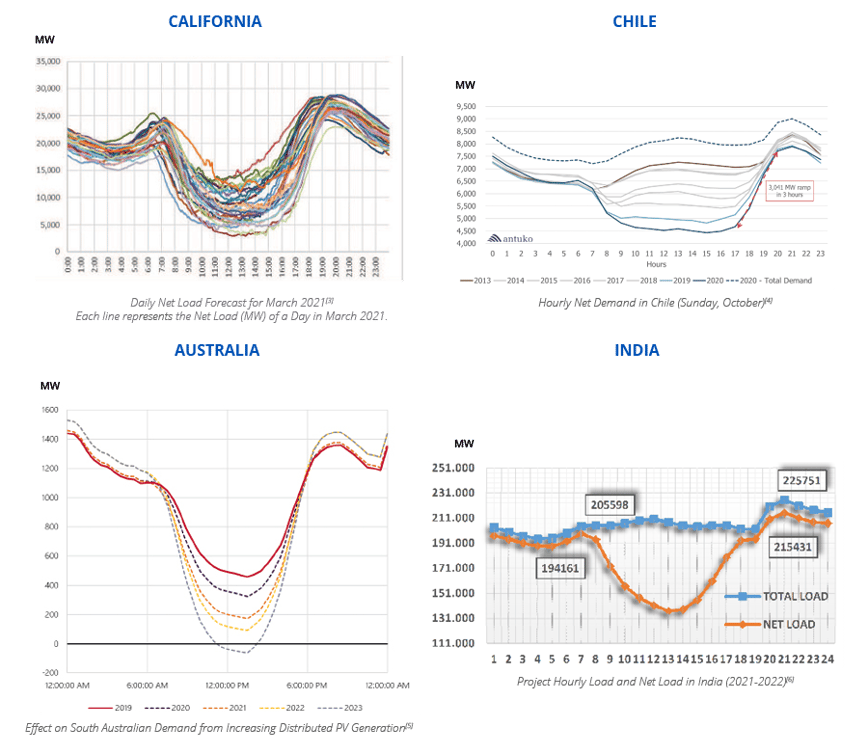 Not in these four markets? No matter – the same phenomenon is happening everywhere. As your region continues to see greater solar generation, the flexibility it will need will increase and the images above will quickly become reality; we recommend planners and power sector stakeholders to begin planning for this today.

The impact of the rise of renewables and declining costs of storage? The expansion and economic viability of Solar + Storage. While some headlines may continue to read that Solar + Storage is not cost competitive enough to displace combined cycle gas turbines (CCGT) like-for-like, the more adept analysis evaluates the role of Solar + Storage as being capable of economically replacing conventional gas generators today. As shown in the figure below, Solar + Storage can work with other assets to replace CCGT facilities and meet the demands of the grid. 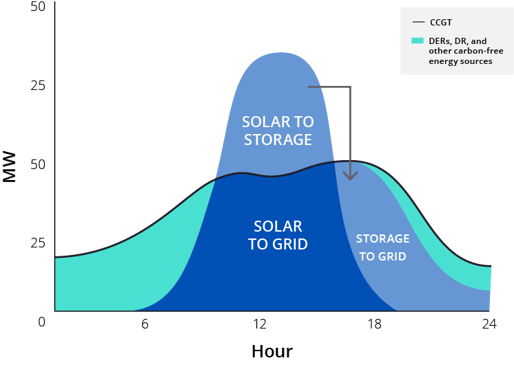 Solar + Storage teaming up with other clean energy assets to meet grid needs.

When evaluated as an option to displace natural gas, there are two things that become abundantly clear about the prospect of Solar + Storage:

Lawmakers, regulators, planners, and developers need to push the energy transition forward at full speed not only to mitigate the effects of climate change, but to lower the cost of reliable energy for all. Solar + Storage should be evaluated as a key resource to provide reliable, low-cost energy.

Building the Grid of the Future – Solar + Storage and Fluence

Taken all together, the role for energy storage in global markets is set to explode in tandem with solar energy deployment, with use cases focused on providing firm renewable energy and shifting generation to provide peak capacity. The versatility of storage allows it to provide services above and beyond the capabilities of conventional generation – from grid services to transmission and distribution enhancement.

Utilities and other asset owners need to maximize their assets' use and accurately solve for the jobs to be done on the electric grid – provide firm energy, integrate renewables reliably, and more. These entities must optimize their resources for revenue and system costs to maximize their competitive advantage over conventional assets. Fluence’s Gridstack and Sunstack systems are designed to optimize Solar + Storage systems while providing enhanced modularity that maximizes site design efficiency, increases system revenues, keeps down project costs, and minimizes project footprint and impact on the local community.

Our next blog will dive into the role storage plays in maximizing revenues and minimizing costs.

[5] Duck curve in Chile: the need for flexibility solutions