This is the first deep dive in our four-part series that explores why energy storage is key to addressing southern Europe’s grid flexibility challenges, which are currently being exacerbated by reliance on natural gas in times of heightened energy security concerns and ambitious renewable energy transition goals.

The current energy crisis has laid bare how much southern Europe still relies on gas for generating the region’s electricity, despite considerable growth in renewable energy output. At times of system stress, countries like Italy and Spain turn to old habits and ramp up gas-fired turbines to fill supply gaps in the market, often created by fluctuating renewable generation. 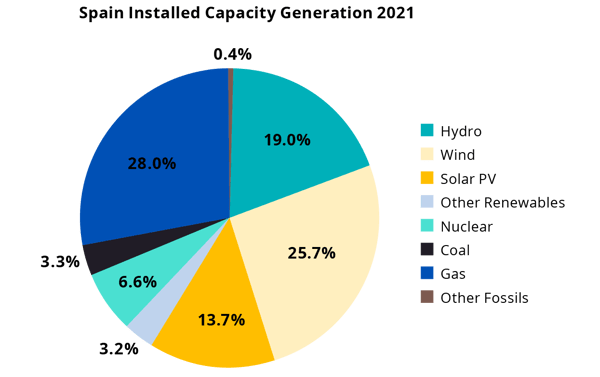 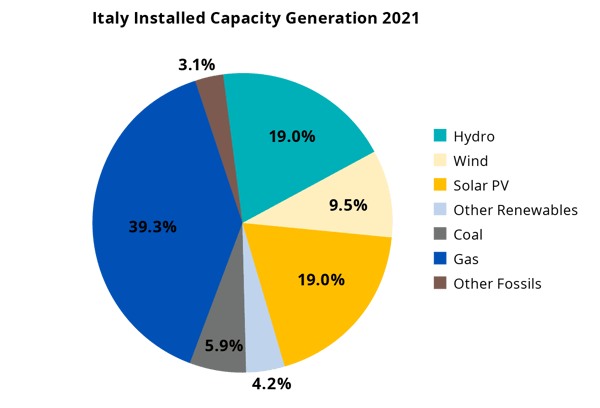 The European Union earlier this year committed to boosting its 2030 renewable energy target to 45 percent under the REPowerEU package, a game-changing ambition that will bring with it a next wave of clean energy installations. In its wake, the question of clean flexible capacity will become ever more important. Battery-based energy storage systems can make a huge difference in integrating renewable generation, especially in southern Europe which, for geographical reasons, is less interconnected to neighbouring power markets.

“The current electricity market design – based on merit order – is not doing justice to consumers anymore. They should reap the benefits of low-cost renewables,” said EU President Ursula von der Leyen in her state of the union speech earlier this month.

Combating the symptoms will not help address the root cause of the issue that electricity prices are being driven by swings in the gas market. In southern Europe especially, relying on combined-cycle and open-cycle gas turbine plants to balance the electricity market is not only currently very costly but also a step back in Europe’s efforts to reduce carbon emissions. Across all of the European Union’s member states, Italy has the highest share of gas in its overall energy mix. This dependence has now taken its toll on Italian energy consumers as national day-ahead power prices shot up to an average of €431/MWh in August, a 500 percent increase compared to a year earlier. For 2023, the situation is expected to worsen with current forward peak load electricity prices indicating increases of up to €719/MWh.

If the EU wants to have a chance at reaching its 2030 goal of cutting carbon emissions by at least 55 percent below 1990 levels, it needs to urgently address the use of thermal generation for balancing load and generation. This is especially important during peak demand hours in the evening, when less efficient open-cycle gas turbines are typically fired up as consumption rises and solar generation declines. In its recent emergency electricity market intervention, the European Commission has recognized this problem, establishing targets for member states to reduce their demand during the evening peak price periods. The next logical step is to enable lower power prices by facilitating low-carbon peaking solutions, such as energy storage. Fluence, alongside a group of other energy storage stakeholders, has called on European policymakers to adapt capacity market designs that incentivize the use of clean peaking plants. 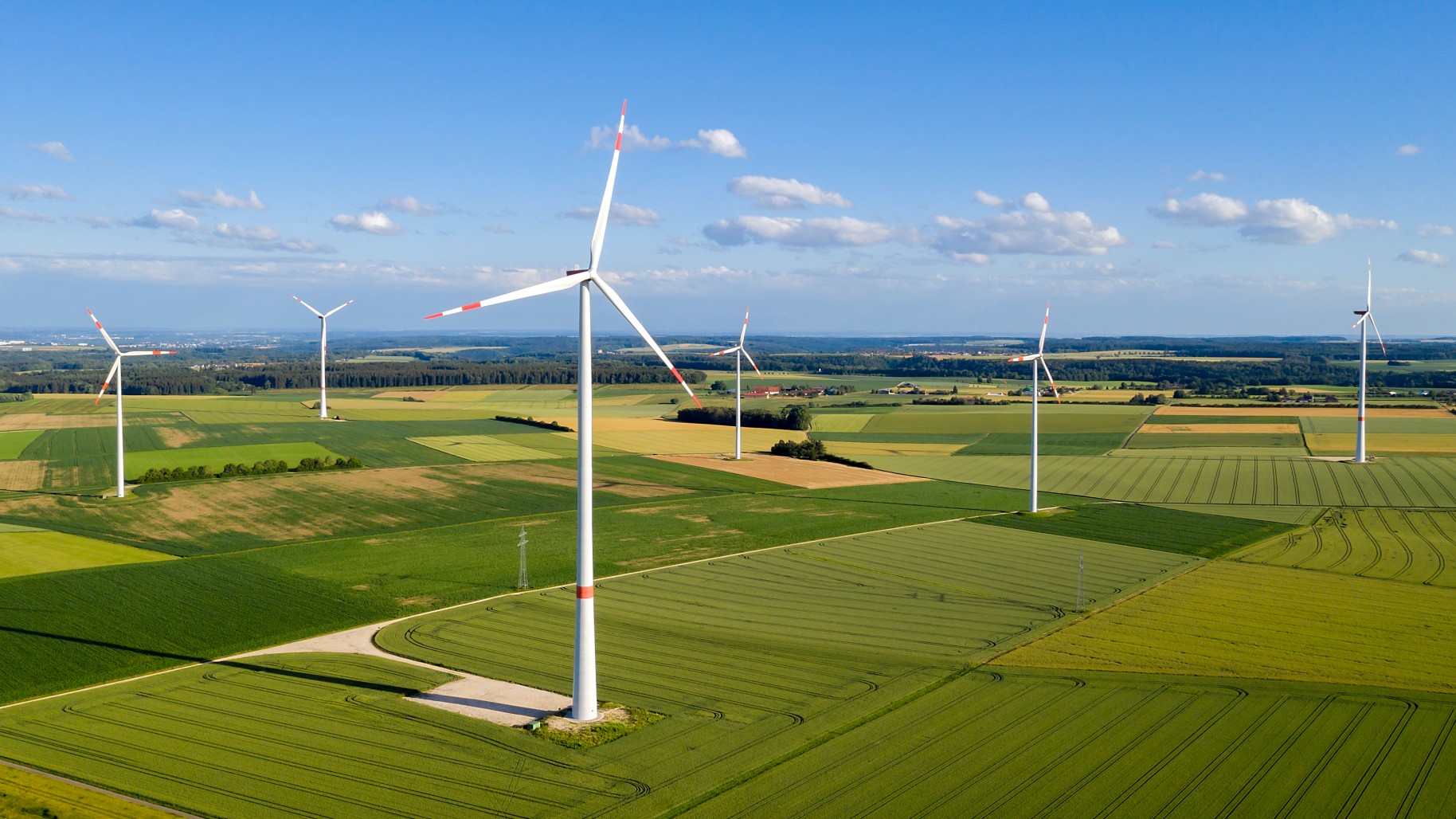 An obvious option for southern Europe in particular is to modernize and expand interconnection capacity. By linking power markets with different, and ideally complementary, power generation and demand profiles, fluctuations can cancel each other out. Various cross-border transmission projects are under way in the region, such as the 2,000 MW Eurasia interconnector aiming to connect the Greek power market with Israel and Cyprus, the 400-km Bay of Biscay interconnector nearly doubling cross-border capacity between Spain and France, or the subsea Italy-Tunisia interconnector. But these investments are costly, hugely complex, and often require support from a variety of stakeholders. These challenges mean that interconnector projects require multiple years to be developed, not quick enough to keep up with Europe’s fast-paced renewable energy capacity additions alone.

This is where energy storage comes in. The grid-supporting capabilities of energy storage are excellently placed to enable more efficient utilization of existing and future transmission lines, which can delay spending on costly upgrades and even reduce the need for traditional grid infrastructure. Spain’s transmission system operator (TSO), Red Eléctrica de España, for example, is planning to install two energy storage systems on the Balearic Islands of Ibiza and Menorca to operate alongside new transmission lines. The systems, with a combined capacity of 140 MW, will support operations of two new 200 MW HVDC interconnectors to be laid between Mallorca and the Spanish mainland. The aim of the storage units is to increase imports of mainly green power from the mainland and therefore reduce the islands’ reliance on more costly and fossil fuel-based local generators.

Energy storage is particularly well suited to meet the unique needs of transmission and distribution networks, such as congestion management, or voltage and oscillation control, which are particularly challenged by intermittent production patterns from renewable energy. Next to fluctuating output, renewable energy production is also typically inverter-fed, meaning the future grid will have much less synchronous generation which adds an extra challenge to network operators’ tasks.

The advantage of installing energy storage systems in this context lies in the ability to provide grid inertia which is vital for network stability services that have traditionally been delivered by synchronous generators now being replaced by renewables. Energy storage systems are also much quicker to install, have a smaller footprint, and boast higher reliability levels that are also coupled with the latest cybersecurity measures and other digital safety mechanisms.

In Germany, for example, so-called grid boosters are being trialed in the form of energy storage systems that provide reactive network operations when grid-contingency events occur to help TSOs operate their networks within safe conditions. These units, with a combined capacity of 450 MW, will reduce curtailment of renewable power and lower costly congestion management in the German power grids.

In the next few months, we will be evaluating in detail the grid decarbonization challenges for Italy, Iberia, and Greece and how energy storage can be a game changer for the region to increase renewable penetration while dealing with much needed grid infrastructure upgrades, interconnection capacity increases, and continuous reducing system inertia.